CELESTINA (Castillian E-Callisto Leading Experimentation in Solar-Terrestrial Interaction with Novel Antennas) is a project of the Space Research Group of the University of Alcalá (http://www.srg.uah.es). Its main objective is to lead from Castilla-La Mancha the participation and scientific-technical contribution of Spain, as a permanent member, to the international network of radio telescopes e-CALLISTO (http://www.e-callisto.org). This network is dedicated to study the influence of solar variability on our planet in the radio spectrum, within the framework of the International Space Climate Initiative (ISWI), a priority action of the UN for its social and economic interest. 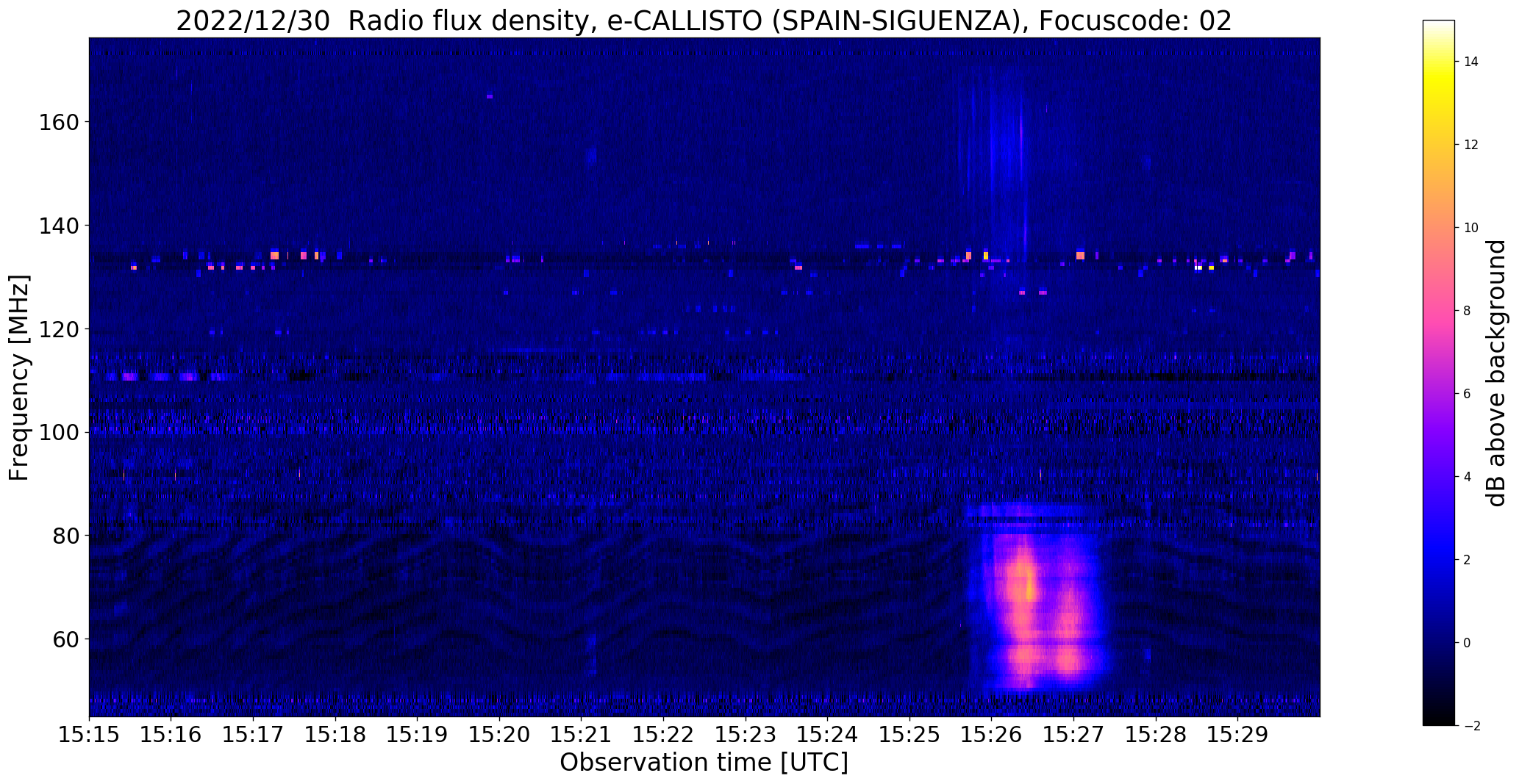 This project comprises the scientific exploitation phase of the CELESTINA radio-astronomical observation system, installed in the villages of Peralejos de las Truchas and Sigüenza. It aims to contribute to a better understanding of the dynamics of solar storms, completely “made in Castilla-La Mancha”: in a Castilian university, with Castilian instruments and resources and data collected in areas of our region. CELESTINA is complemented by an e-Callisto node installed in the Higher Polytechnic School of the University of Alcalá, which is used as a reference in urban environment, with high level of radio frequency interference (RFI).

The CELESTINA project turns an apparent weakness – the remote and rural location of its observation stations – into its true strength, having locations with low interference. The acronym CELESTINA and the names of the two observation stations (MELIBEA in Peralejos and DONCEL in Sigüenza) are more than just a nod to the Spanish-Manchego origin of the project and homage to the Spanish golden century. CELESTINA is a commitment to the possibility of doing science in areas of Castilla-La Mancha, to make local science an engine of economic development and sociodemographic recovery.

The project has the direct support of the Castilla-La Mancha Science and Technological Park (http://www.pctclm.com) in its Guadalajara delegation and researchers from the University of Murcia, the Polytechnic University of Cartagena, Universidad Complutense de Madrid and Universidad de Extremadura (ABSys, Micro-Stress).